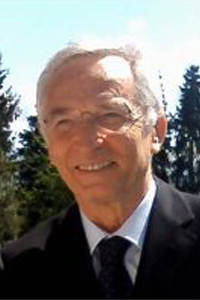 Dr. Regazzi graduated from Pavia University in 1973 and continued his education in pharmacology/pharmacokinetics as a Research fellow at Sint-Radboud, Catholic University of Nijmegen (NL) and University of California, S. Francisco (USA), among others.

He carried his activities at the Unit of Clinical Pharmacokinetics, of the University Hospital IRCCS Fondazione Policlinico S. Matteo, Pavia, Italy. He has gained over 30 years’ experience in applied pharmacokinetics and therapeutic monitoring of high-risk drugs. He was one of the founders of the Italian Society of Pharmacokinetics and Biopharmaceutics (SIFEB) in 1987 and has been a member of its Board ever since.

He is the Author of more than 250 scientific articles, published on peer-reviewed international Journals. He has been a chairman and a speaker at several national and international congresses. 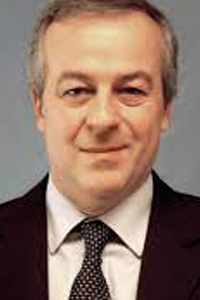 President of the Higher Health Council (CSS), Head of the Department of Paediatric Hematology and Oncology, IRCCS Bambino Gesù Children’s Hospital in Rome and Professor of Paediatrics at Sapienza University.

Professor Locatelli leads the largest programme of childhood allogeneic HSCT in Italy and has made important contributions in the field of allogeneic transplantation of heamatopoietic stem cells. In the Pavia’s Unit, all the types of allograft (i.e. cord blood transplants, T cell depleted transplants from HLA-partially matched relatives, matched unrelated donor transplants) are routinely employed in the treatment of children with either malignant or non-malignant disorders. It is credited as one of the most qualified centres worldwide in paediatric HSCT and adoptive immunotherapy for prevention and treatment of both leukaemia relapse and infectious complications occurring in immunocompromised individuals. In particular, Professor Locatelli’s group pioneered the use of cord blood transplants in Italy and represent one of the most experienced European centres in this field. In addition, Professor Locatelli’s group provided seminal contributions in the study of immune reconstitution, tumour immunology, induction of tolerance towards alloantigens and anti-viral cellular immunity in childhood allogeneic HSCT, improving the knowledge of the fundamental milestones in this type of therapy.

Join Over 10,000 Students to IBM Congresss

In order to automatically receive updates and news about INQUA Roma 2023, please fill this form with your email address.